Bad Loans :  Mortgage lender reported million net loss for six months compared to the same period a year ago on the back of increased provisions for bad loans .

Troubled mortgage lender Shelter Afrique has reported a $2.16 million net loss for the six months ended June, compared to a net profit of $1.65 in the same period a year ago on the back of increased provisions for bad loans.

Shelter Afrique’s loan impairment charges — provisions for credit which may not be recovered in full — jumped 173.63 per cent in the half year period to $5.6 from $2 million in a similar period last year. Bad loans !

“The company continues to enjoy strong support from its shareholders who have so far injected up to $45 million of new equity capital into the company,” said managing director Femi Adewole told Kenyan-based BusinessDaily.

Mr Adewole said the agency, which has listed a bond on the Nairobi bourse, asked the global rating agency Moody’s in July to withdraw its Caa1 credit rating as it is not “useful” for it at present.

“The rationale was that the service is more useful to Shelter Afrique when the ongoing turnaround actions to better position the company as the leading provider of affordable housing financing is completed,” he said.

Speaking on the developments, Acting Managing Director, Femi Adewole, expressed his pleasure, “Our shareholders continue to show that Shelter Afrique is viable and indeed valuable. These capital subscriptions show that our member countries and shareholders understand how critical affordable housing is to the growth of the continent, and how Shelter Afrique can be instrumental to achieving that and the objectives of the new urban agenda that was passed in Quito last year.”

Shelter Afrique also revealed that other shareholders had made commitments to make their contributions before the end of the year. Namely, Ghana, Kenya, Morocco, Namibia, Nigeria, Rwanda, Senegal, Swaziland and Zambia are all committed to a collective $47.2 before the end of June 2017.It is understood, as well, that the company is actively courting Class C shareholders; a new category of shareholders which was passed by the General Assembly in January. The company is said to have begun promising negotiations with some interested parties.

Shelter Afrique noted that shoring up the financial base of the company is in line with the company’s turnaround plan and follows on from the recommendation of the independent forensic report which was commissioned by the board.

Shelter Afrique expects continual engagement with its shareholders and stakeholders, and as it continues to show the value, it plays in achieving affordable housing in Africa and the New Urban Agenda, the organisation is confident it will be able to report on more commitments by shareholders shortly.Shelter Afrique is expected to hold its 36th Annual General Meeting in Zimbabwe in June 2017. 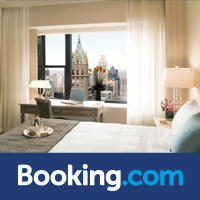